What is TLS Encryption? Like with web browsing and FTP services, SMTP has an encryption function as well. Originally, it ran over TCP port 465 but that was quickly deprecated in favour of using an extended SMTP command to initialise TLS encryption. This allows an unencrypted SMTP connection to become encrypted and prevent future communications from being observed.

The SSL Certificate can be uploaded in the GUI, in Network -> Proxies -> SMTP -> Server. 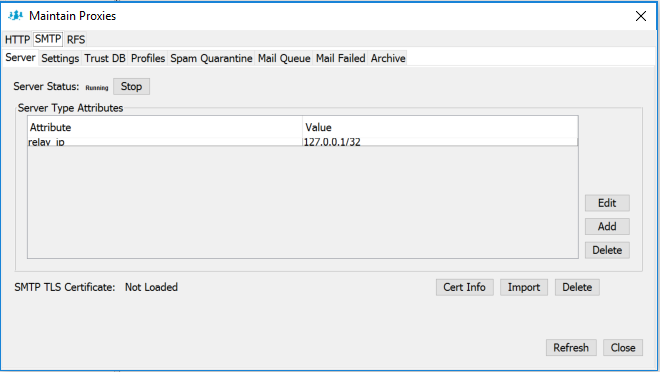 You also have to make sure that the Server configuration file has the Allow inbound STARTTLS connections for SMTP Mail setting set to true. By default, it is set to false. This can be found under Network -> Proxies -> SMTP -> Settings.

Once these two steps have been done, Sonar's SMTP Engine should be ready to accept inbound TLS-encrypted SMTP Sessions.