With version 3.5.3, Sonar now has the ability to do SSL Decryption/Inspection, something that has been a highly requested feature for us in the past. With more and more of the World Wide Web opting to go HTTPS, we thought it was finally time to do something about it.

As mentioned above, with the majority of the internet going HTTPS, it's getting harder and harder to track and report on a user's usage. With this feature for Sonar, you will be able to catch, track, block and report on data from popular SSL sites like Google, YouTube and Social Media websites.

Absolutely not. You're free to continue to use Sonar without SSL Decryption, and truth be told, your Sonar will most likely perform better without it. SSL Decryption increases the system load on Sonar due to it having to decrypt traffic for users. The more you decrypt, the slower the Sonar will perform.

HOW DOES IT WORK?

Sonar's SSL Inspection comes in three stages: Light, Medium and Heavy. These are set up as "basic" templates for Sonar users, but are still fully customisable (you can add/remove categories for SSL Inspection freely). 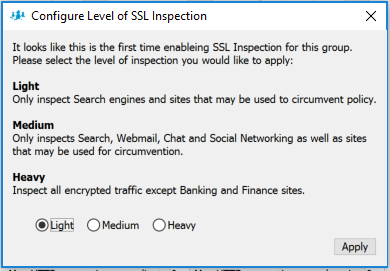 HOW DO I ENABLE SSL INSPECTION?

Enabling SSL Inspection is quite a simple process, running basically the same as enabling Site Filtering. It works in a similar way as well, using the Cyren Filtering Categories to determine what sites to decrypt or not decrypt (exceptions). As with Site Filtering, you create custom lists and place in specific domains that you want to inspect. In the example below, categories on the left-hand side are sites which are currently beingdecrypted, whereas categories on the right-hand side are not (categories that are excepted from inspection).

*Important Note* SSL Inspection will not work without the installation of a certificate. See below for more details.

This is where Sonar's Onboarding feature comes into play. Onboarding can be enabled from the Group Settings, and provides an easy way to assist users in installing the self-signed certificate. Onboarding is able to detect what OS a user is using, whether it be iOS, OSX, Windows, or Android, and provide easy-to-follow instructions to guide the user into correctly installing the Certificate. Onboarding is also responsible for checking that the user has the Certificate installed after each log on, but this can also be adjusted.

HOW DOES ONBOARDING WORK? 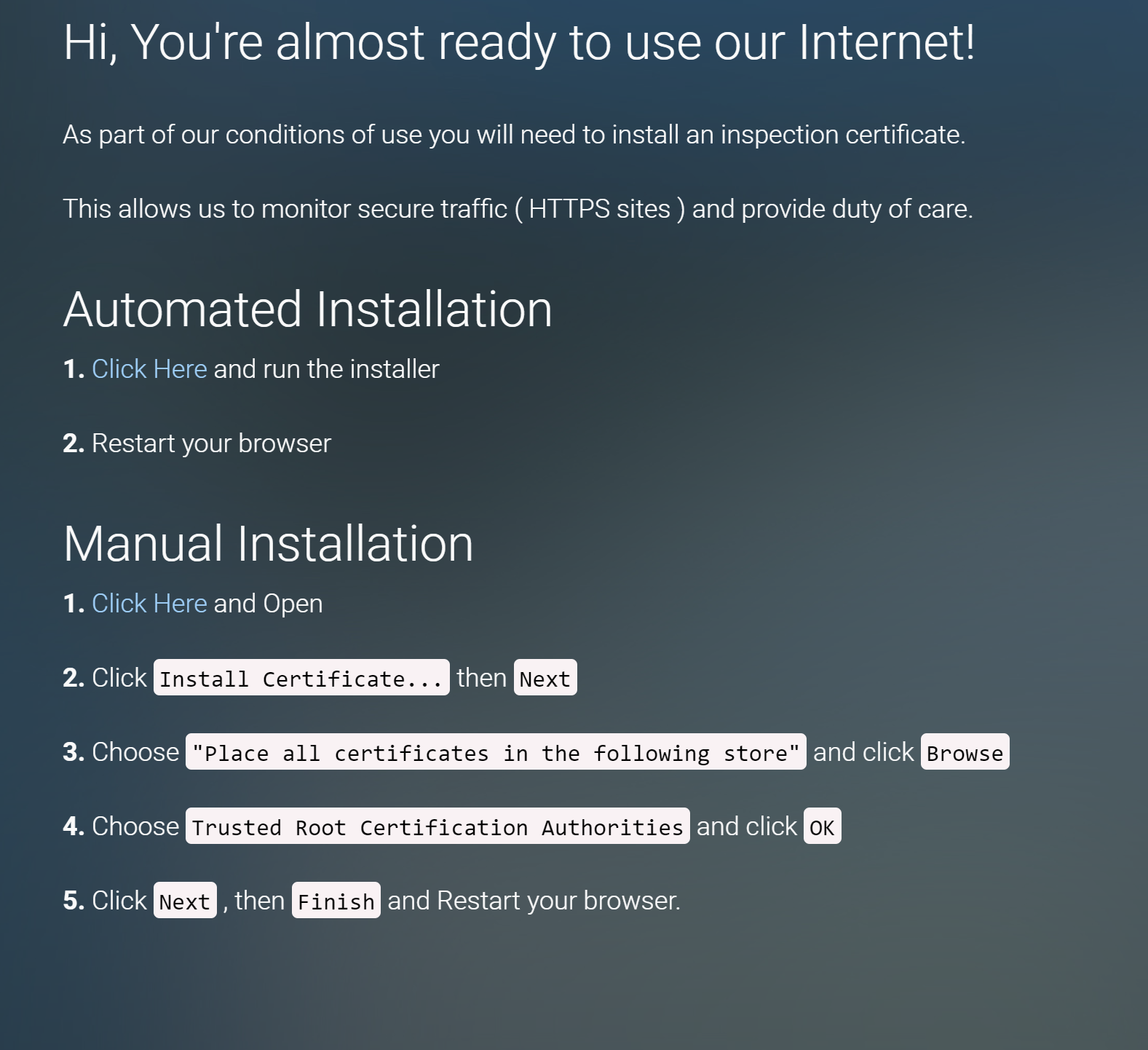 For more information on certificate deployment see this article.

HOW DO I KNOW SSL INSPECTION IS WORKING?

If you've followed all the instructions up until this point, and are confident that you've done things right, you're ready to test the SSL Inspection module! If the Certificate has been successfully imported into the Trust Root Authorities Store, and you have enabled the categories you want to Inspect in the Group Privileges, you can open up Monitor -> User with the User you're testing with and start monitoring their web usage. If you start to see the full URL for HTTPS sites, that is an indicator that SSL Inspection is working. In the example below, we see the full URL for Google Searches, despite the traffic being encrypted.

HOW CAN I RUN REPORTS?

Running reports is no different from running a report on a Sonar not doing SSL Inspection. Your results will just simply show more information when it comes to HTTPS websites, as opposed to just the domain. There are a few extra reports you can take advantage of however that can only be run if you're doing SSL Inspection.